Meet Rosanna Van Straten. By day, she is a photo stylist and creative director. (Check out her work here: www.rovanstraten.com ) In her free time, she loves to get away on her 2001 Harley Sportster.

“I work in production as a photo stylist and creative director. I love the freelance lifestyle as it gives me more time to go on adventures, which then in turn inspire me to make more creative images at work. I am working to set up a photo studio as well, I want to build my own little empire. There’s nothing more freeing than not having certain orders to follow at work, just as it is not having to follow a map on a road trip.” -Rosanna Van Straten of @pennylanesplitter 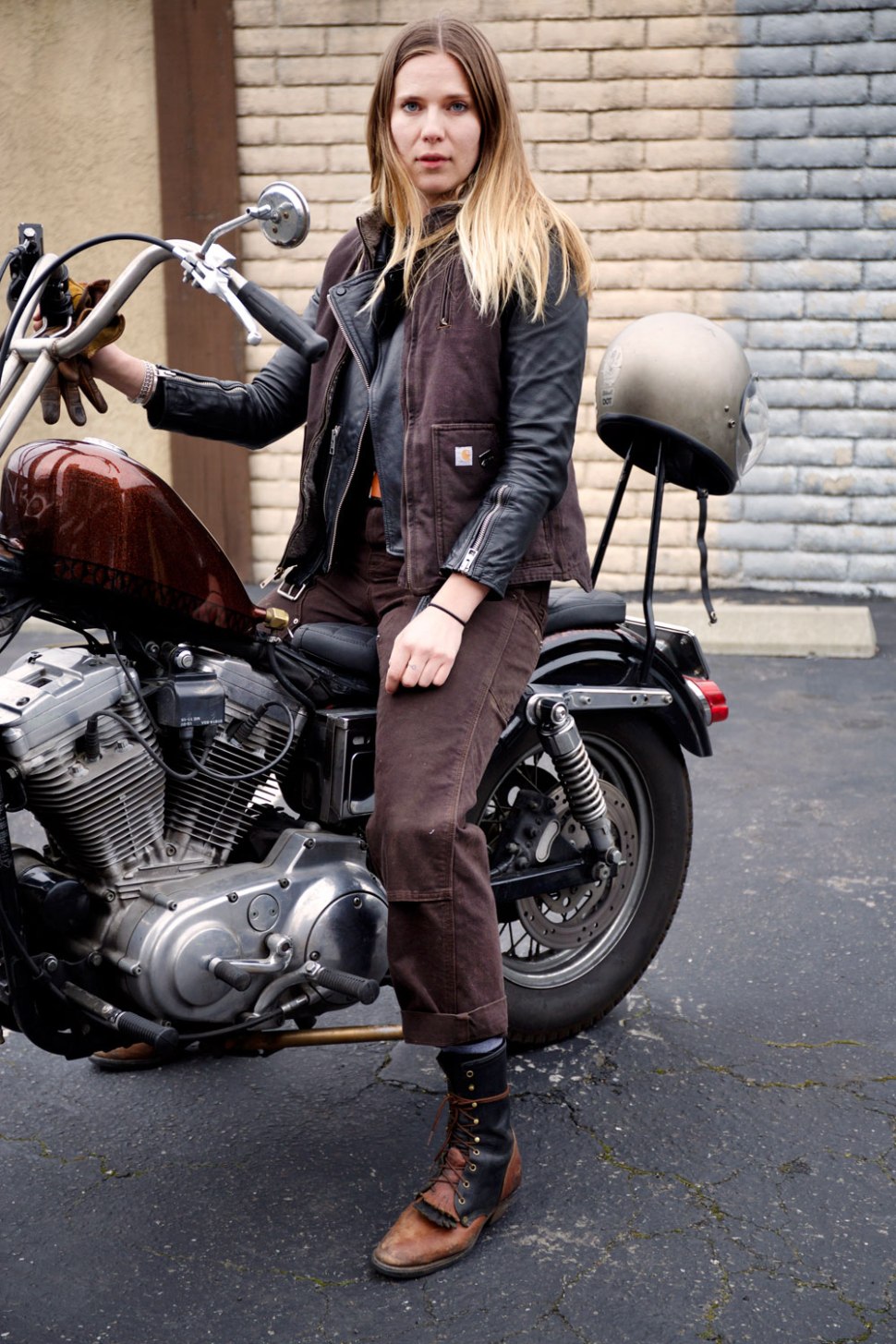 “I ride often between occasionally commuting to work to avoid traffic and lots of fun weekend and much longer rides and camping trips with friends. My favorite part is obviously the latter- riding along the gorgeous open roads of the western US and feeling like there’s no filter between you and your environment. Every smell, change in temperature, shift in weather, road conditions, view– completely with you. Feeling that vulnerable gives you something extra. It’s a high risk, but it’s a higher reward.” -Rosanna Van Straten of @pennylanesplitter

“Some of my favorite places I’ve ever ridden have been Glacier National Park, Montana, and pretty much the entire state of Utah off the beaten path. Closer to home, in the bay, I love to ride in Marin, or to Port Costa, or along the coast towards Big Sur. We sure are lucky.” -Rosanna Van Straten of @pennylanesplitter