Amsterdam is famous for the canals that line over 60 miles of the port city’s streets, and those canals are famous for the houseboats that in turn line them. In an effort to raise their daughter nearer to nature, Mijs and her husband, Casper, decided to move into a houseboat. From the water, you are that much closer to the elements and animals alike.

However, buying a houseboat in Amsterdam is no easy task. There are only so many allotted spaces where people are allowed to set up camp. One must be lucky enough to find a current home for sale and buy their spot on the quay.

The ship this family of three has called home for the last 9 years was once a cargo boat for sand. It still functions as a seafaring vessel, but its engine has been removed. Once every 5 to 6 years, their boat is tugged to the wharf where it is inspected. There the boat is cleaned, removing all dirt and clams that have attached themselves to the bottom, and then re-painted.

“In Amsterdam it’s normal to have people living upstairs, downstairs, on both sides of you, but with our ship, we are like an island. We have one neighbor next to us, but we don’t hear each other, so that’s really nice (especially for them, because my husband loves to play the drums). When people sleep over, they say it’s the best sleep ever. We think it’s because there is no concrete underneath us, but water and mud.” -Mijs van de Griek 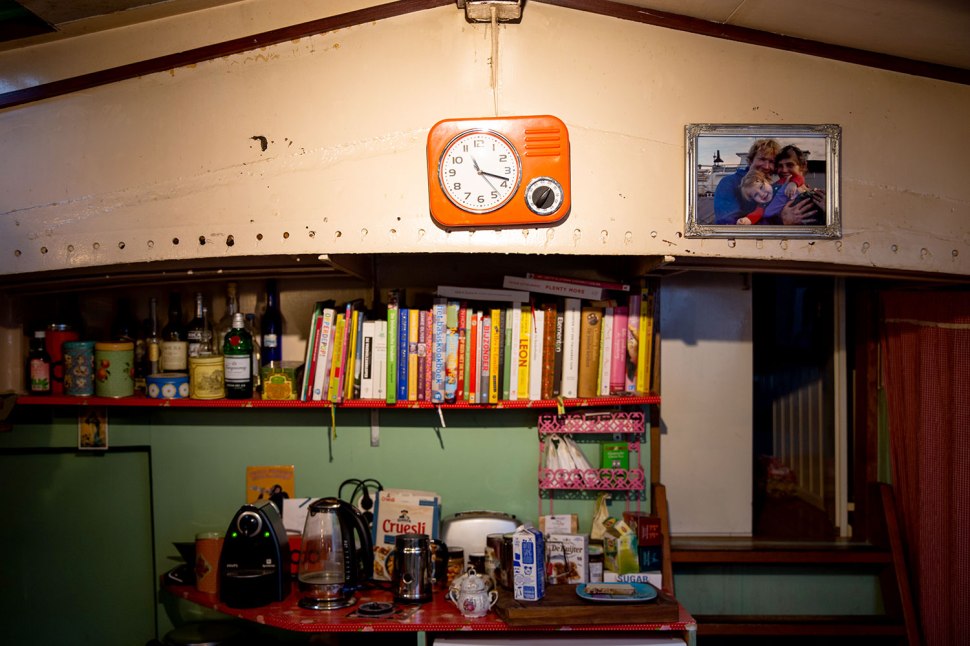 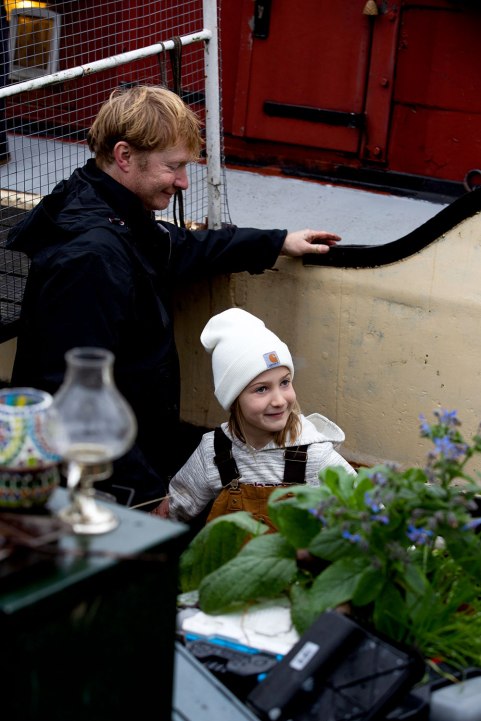 Mijs is a small business owner, with 2 side jobs. She works hard, but also finds time to enjoy free time with her daughter, Runa (age 9). The family often swims in the canal during the summer and skates on the canal when it freezes over in the winter. Together, they’ve raised a duck who also calls their houseboat home. Runa helps her parents with chores, and enjoys the tasks of those who are lucky enough to reside on the canals. 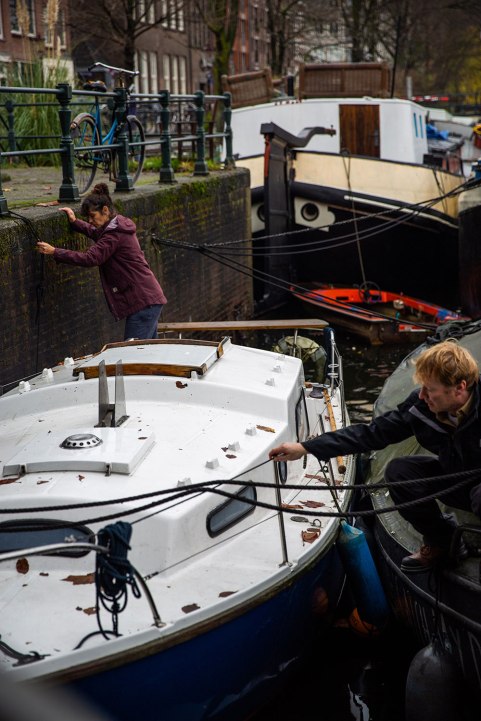 “We think Amsterdam cannot be without houseboats. It’s part of the scenery. Most of the people who live on a boat are handy people, who are kind and would love to help each other. We are a bit more independent than people who live in a ‘normal’ house, because we need to do more things.

My grandfather taught me how to build things with wood. My father taught me how electricity works and what you can do with that. And I’m a bit handy myself, so I don’t really ask people to come and make stuff at our ship, I just do it myself. I built us a cupboard. I wanted to have more light in our ship, so I’ve taken the jigsaw one day and sat on our roof and sawed two large windows in our roof. We also wanted a fireplace, so we made that ourselves as well. I’m used to fix things myself and don’t ask for help, and I kinda like that.” -Mijs van de Griek

Mijs has spent much of her life on boats. Before living on one, she was a boating instructor. Like many locals, Mijs has a smaller boat the family uses on weekends to cruise the canals. This summer, they’ll set off for a two week boating adventure.